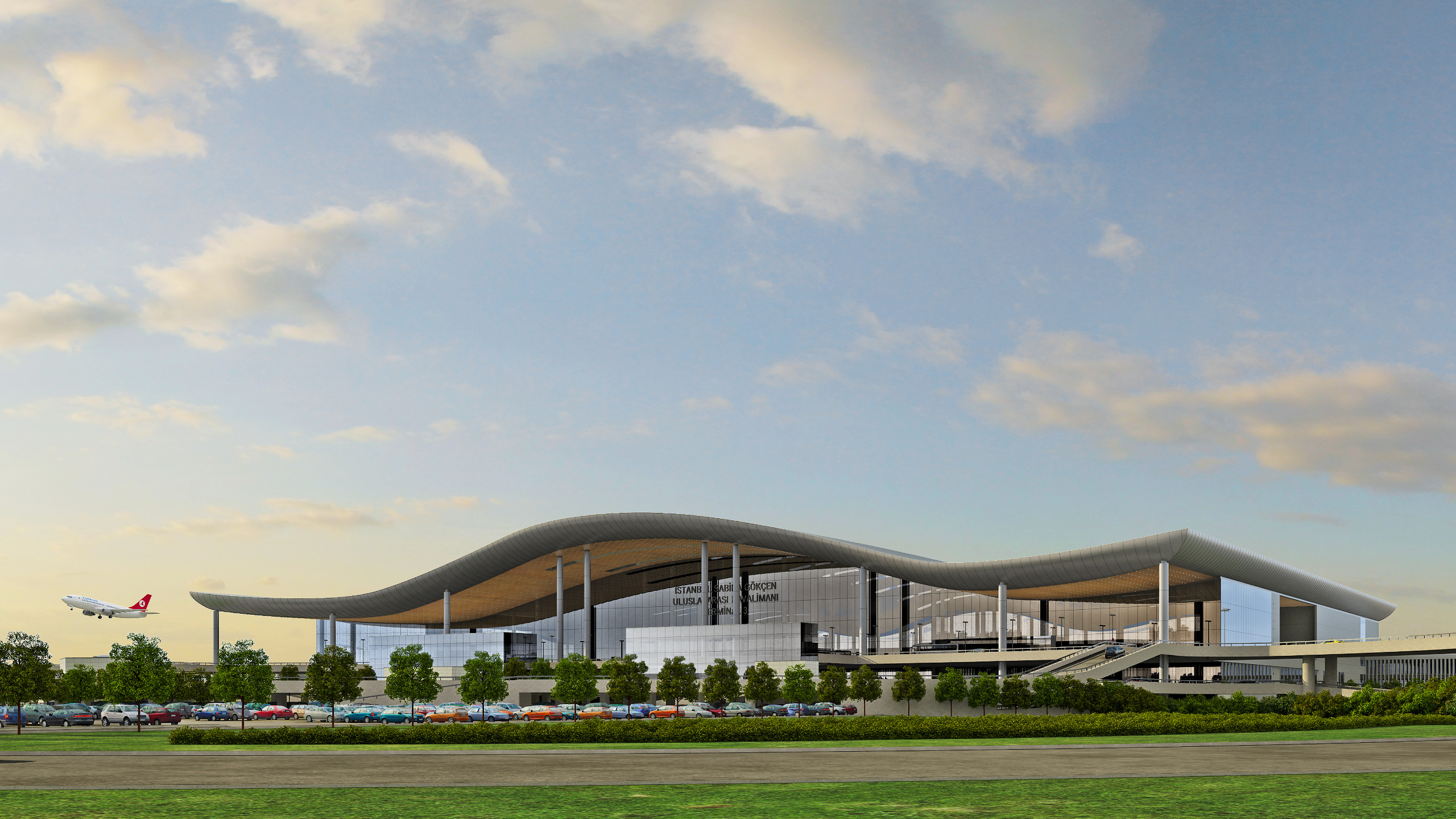 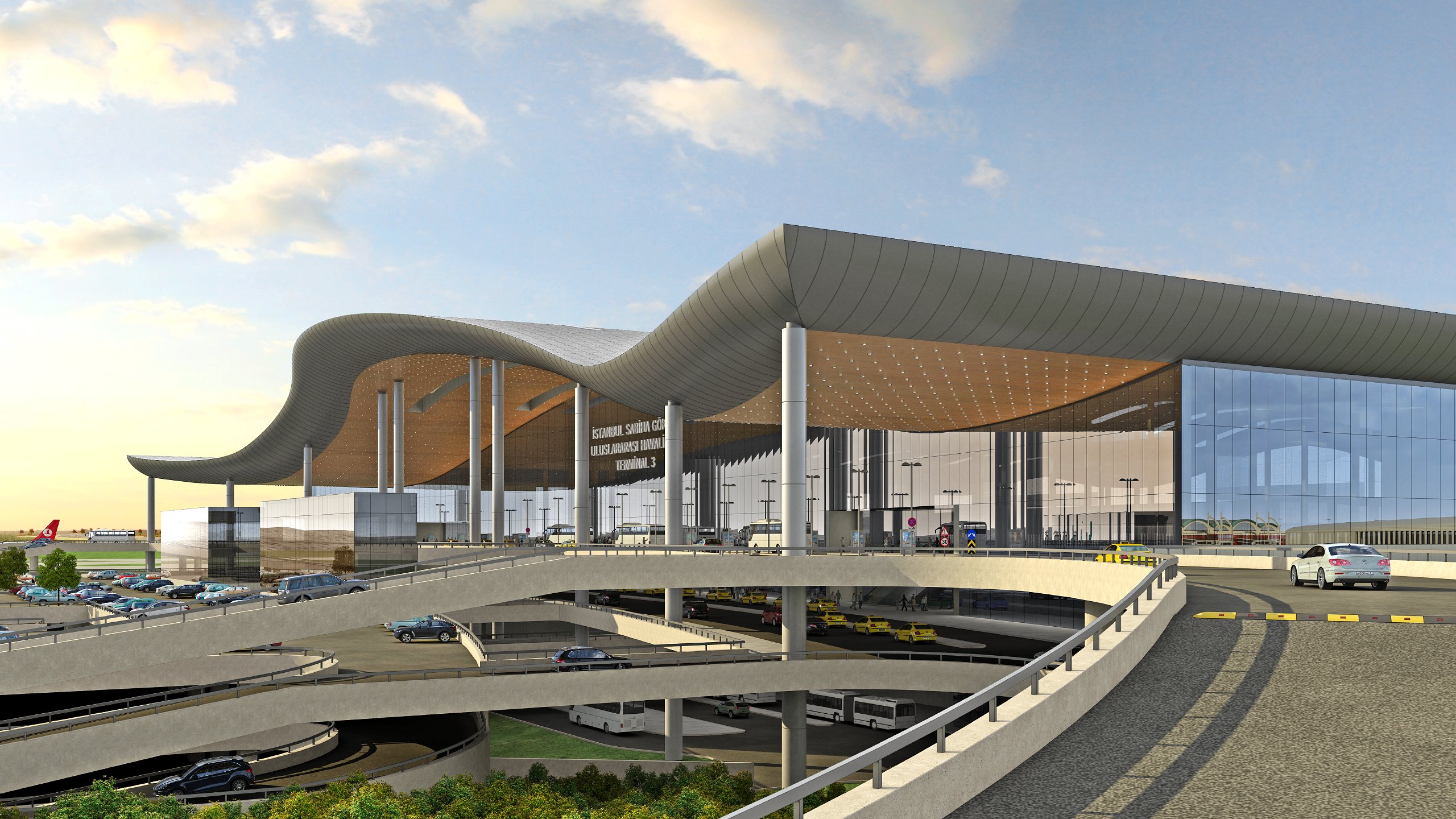 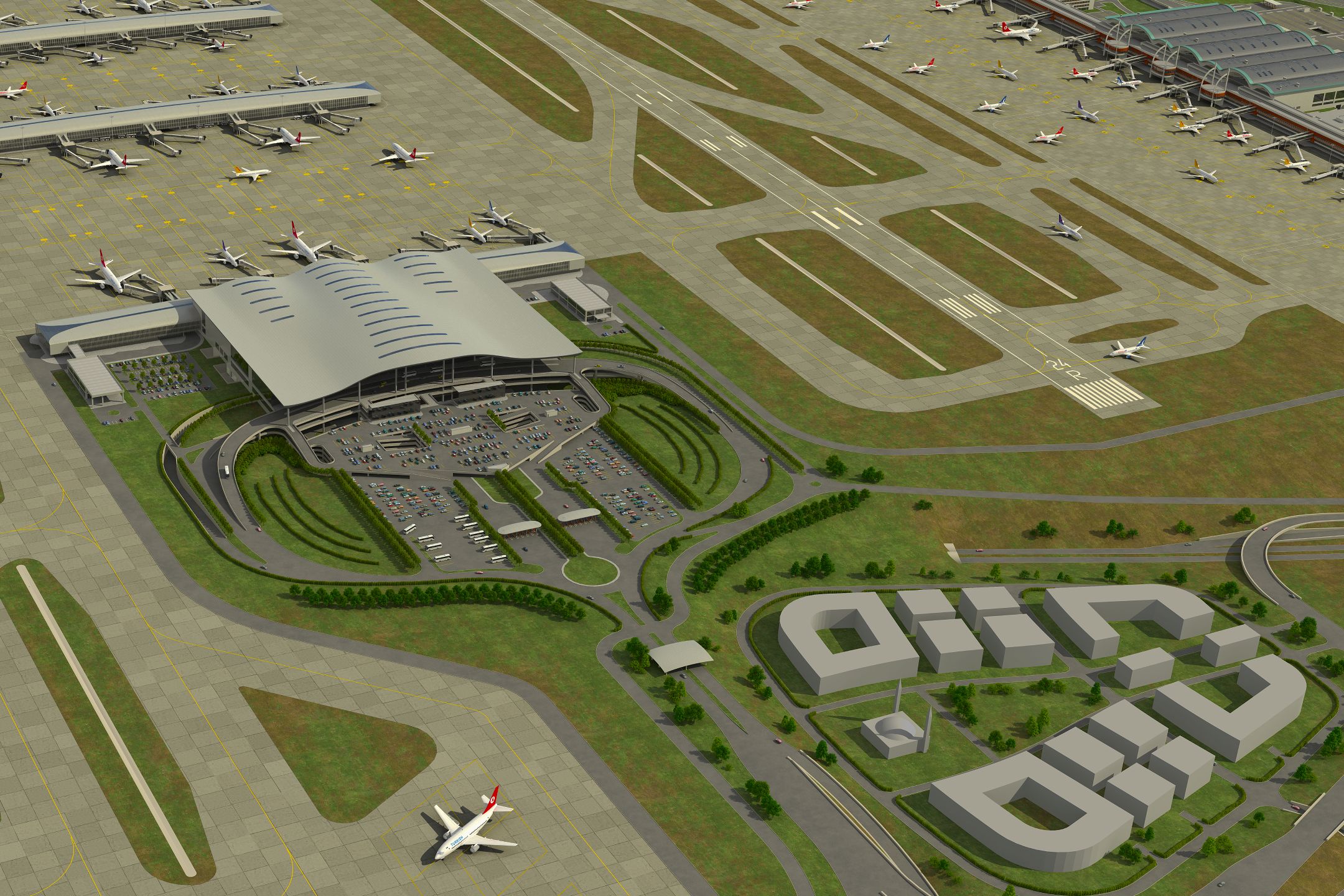 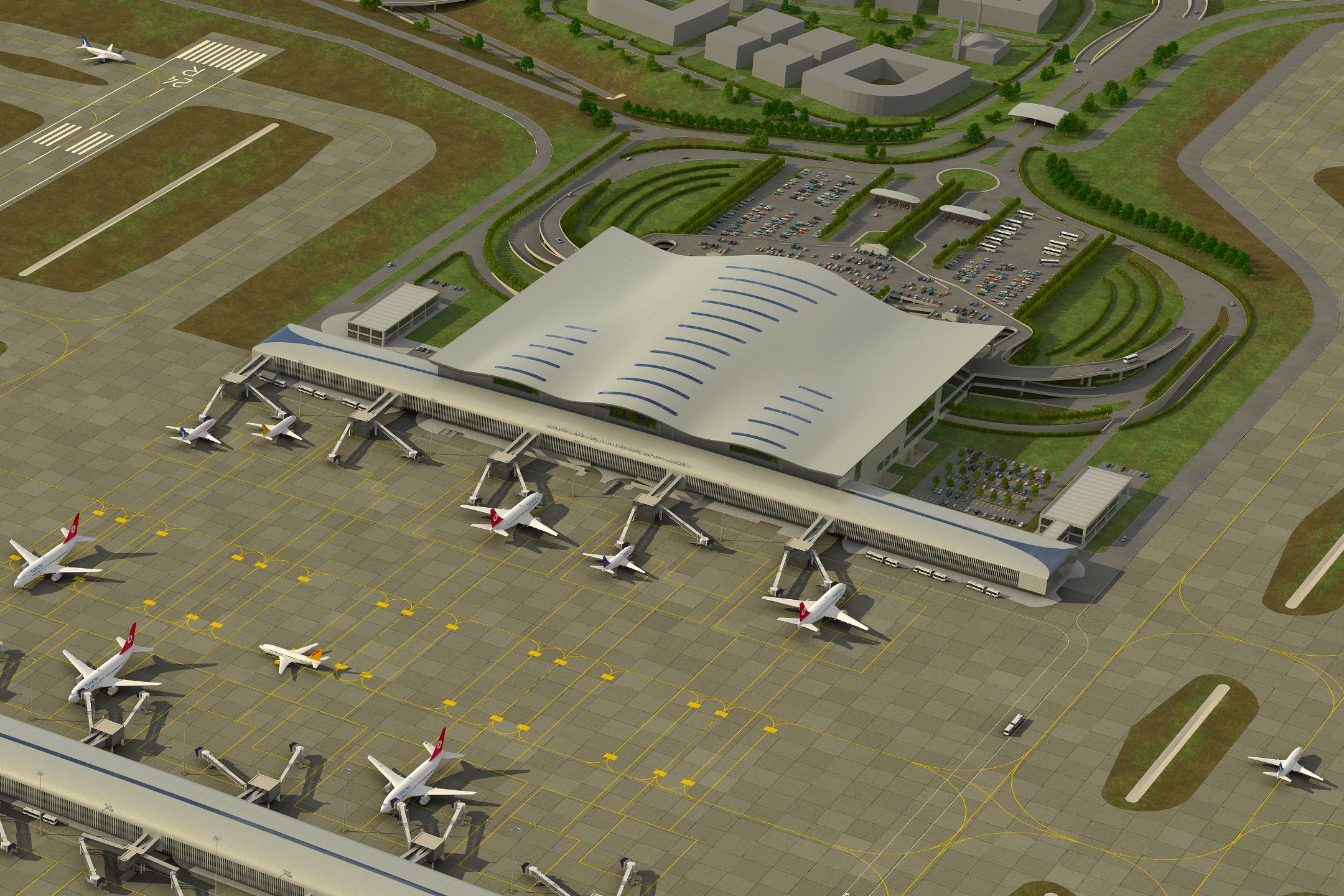 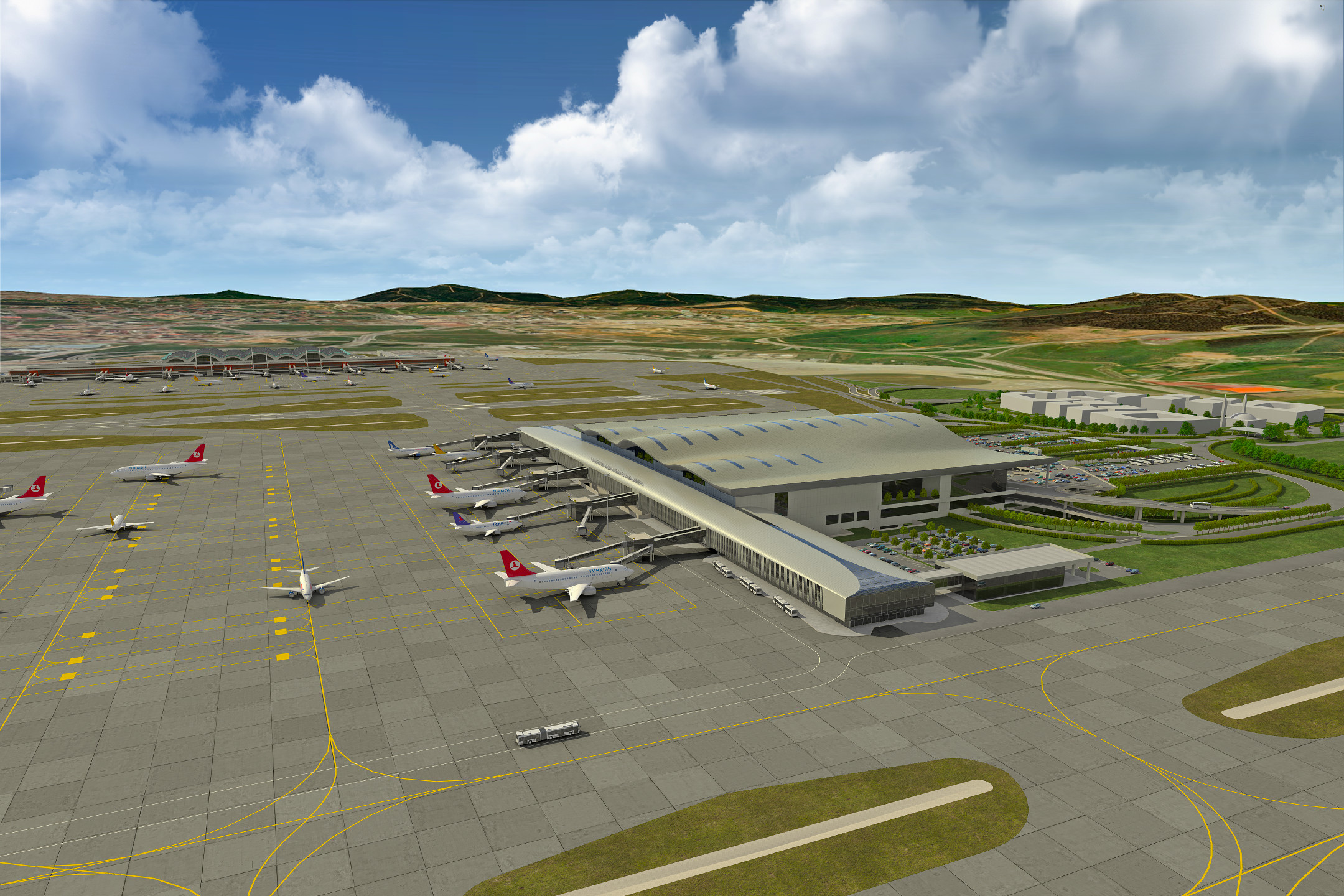 Although Sabiha Gökçen Airport is the second airport of Istanbul, it has an important place in the transportation infrastructure of Istanbul and Turkey. In the master plan report determining the expansion strategy of the airport prepared by Arup company in 2009, a second runway was foreseen. The area between the existing runway and the new runway was proposed as the location for the airport’s apron expansion, extra aircraft parking positions, and the new terminal building with satellite terminals.

After Sabiha Gökçen Terminal building started service in 2009, the construction of a new terminal building has been considered due to the increasing demand for air transportation and passenger loads. With this purpose, HEAS administration organized an invited competition in 2019.
In the competition project, the new terminal is located between old and the newly planned runways, next to the new apron and satellite terminals, as suggested in the Master plan report.

The construction of the new terminal is planned in three phases. The number of passengers, which was 15 million per year in the first phase, will increase to 25 million in the 2nd phase and 35 million in the 3rd phase. After all 3 phases of the project are completed, satellite terminals will also be built with a total construction area of ​​331,000m² and 178,000m² indoor and outdoor parking areas.

The design of the new terminal building will be in harmony with the original vault-shaped arched roofs of the existing T1 and T2 terminals. This way, using the opportunities provided by the technology over time, a close relationship with the contemporary architectural forms and symbols is achieved. For this purpose, the roof of the main terminal is constructed with a sinusoidal vault interpretation, with the single large vault on the land side evolving into three small vaults on the air side with a smooth transition. This roof form is perceived from the inside by the users, creating a rich visual perception with smooth transitions and different heights.